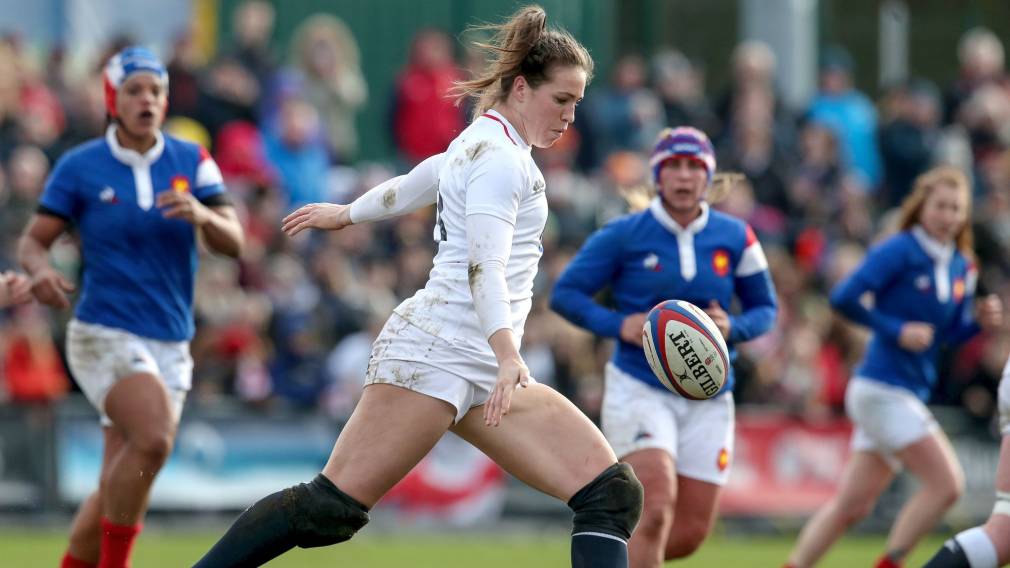 As one of the fastest growing sports in the world, Women's Rugby is presenting unparalleled commercial and cultural opportunities. Yet, there is still a lack of exposure and funding. We spoke with Jessie Hood, to find out more about women's rugby's recent triumphs and the challenges facing the game.

The Rise of Women’s Rugby

Women’s rugby has undergone exponential global growth in recent years, with women now representing 25% of  the total number of registered players worldwide. With the women’s game growing faster than the men’s game, it is important to recognise the unparalleled commercial and cultural opportunities, with the creation of new professional leagues, franchises, corporate sponsorships and homegrown names becoming a reality.

Jessie Hood, from PTI Digital, a former England Women’s Under 20’s, Bristol Ladies and Bath University Rugby Player, believes a lot of the momentum has been generated by events, proving the women’s game is just as exciting as the men’s. “I feel like the growth is partly thanks to events, including the success of the women’s World Cup and the Women’s Six Nations, but also due to the Olympics with women 7’s teams doing incredibly well”.

All over the world Rugby 7’S Tournaments have brought highly engaged fans to stadiums, in costume and all, with the passion and energy being electric. From Hong Kong, to Las Vegas and Biarritz, Rugby 7’s events around the globe are attracting major fan and sponsorship attention, and highlighting the fact that women can play too!

Another reason for the rapid growth of the women’s game is the overall growth of rugby in regions such as Asia and the United States. There are now more than 115,000 registered players with USA Rugby, including 32,000 college students and approximately 29,000 females. With 25% of the participation coming from women, this places the US with the highest percentage of female participation from any nation.

“What excites me the most about the future of women’s rugby is the fact that we’ve come so far and the fact that it’s growing rapidly especially within the Women’s Premiership here in the UK. They are gaining so much exposure through sponsorship with the likes of Harlequins receiving Adidas as their main sponsor and some women’s teams are prevailing even throughout COVID19. It’s very rare that they get paid or if they do, it’s a minimal sum, but I feel like that will definitely change in the future. Five to ten years ago we never had female professional rugby players who were full time,” said Jessie.

In 2019, the English Women’s Rugby Team became the first fully professional women’s team, with 28 of their top talent receiving a one-season deal. New Zealand offers semi-professional contracts and in Australia, Josephine Sukkar of Buildcorp has sponsored the  Australian Super League, helping to promote a professional tier for women.

Not only does the business side of the sport ignite excitement, but it also has the ability to shape a new generation of women, who feel confident and proud to be strong, competitive and successful. But according to Jessie, there is still a lag between the men’s and women’s game in terms of brands showcasing this.

“I definitely feel there’s a stigma that is yet to be broken around women’s rugby. Whether that’s from a playing perspective or from a commercial perspective with brands and sponsors. There needs to be changes in the way women’s rugby is approached and marketed”.

Earlier this year the Irish Women’s Rugby Team had their kit launch with Canterbury, which saw the brand use paid models, rather than female rugby players.

“It was a shame. Instead of using real role models i.e female rugby athletes, they were using paid models.  However, for the men’s kit launch they were using professional rugby players,” said Jessie.

After being called out publicly by major rugby talent such as Scotland’s Rhona Lloyd and Florence Williams of the Wasps, a global social campaign began to highlight the sexism.

“Thankfully this launched the movement of “I am enough” – a campaign for women to really get the exposure they need. It was all over social media, on sky news and BBC as well. I think it also drove more female athletes from all sports to post online and share their kit, their team photos and photos of themselves in action”.

The “I Am Enough” campaign saw thousands of images being posted on social media from across the globe, aiming to break down the stereotypes of women in sport.  Canterbury officially apologised for their mistake and have taken measures to start promoting and empowering female athletes.

And other organisations are getting involved too, such as The Perception Agency – who aim to change the perception of people in sport, mainly supporting female athletes.

Throughout history, men’s sports have dominated TV and social media coverage, sponsorship and commercial opportunities. Most of the household athlete names are men’s, and the ones that are female typically come from individual sports like Tennis, Swimming and Athletics.

But with an immense effort over the past 5 years, female team sports are now demanding some overdue attention.

“Female athletes are actually getting airtime now, either broadcasting, being rugby pundits, being the face of sponsorship campaigns. From Danielle Waterman, to Shaunagh Brown taking a stand against racism all the way to the Australian women’s Olympic team athletes like Ellia Green.  It’s definitely that exposure that has driven so much growth. We now have University clubs introducing more women sections with similarities in the grassroots clubs as well.”

And whilst this change is embraced with open arms, there is still plenty of work to be done, suggested Jessie, with the core problem being funding.

“Most female rugby players are students, doctors, firefighters, teachers, business owners as well as being professional rugby players, training and playing full time. People are amazed with how these players manage full time careers whilst trying to succeed within the rugby world.  With the commercialisation of the game slowly growing, hopefully one day premiership players will have the ability to get paid for playing without worrying about balancing a full-time job on the side.”

According to the Nielsen Sports survey (The Rise of Women’s Sports – Identifying and Maximizing the Opportunity), 84% of general sports fans are now interested in women’s sports. The survey also revealed that women’s sports are generally viewed more favorably than men’s sport, as they are typically less money driven, scandal ridden and more family orientated. Evidently women’s sport represents exciting commercial opportunities and the game is only getting better.

“Players are getting, faster, stronger, technically sound with the coaching that they are receiving at the moment and I feel this will only just get better with time. It’s really exciting!”

SAM (Smart Athlete Manager) will be available in 2021, and focuses on empowering both Men’s and Women’s Rugby players and teams, as well as brands and agents. Sign up today to be notified when SAM is launched.